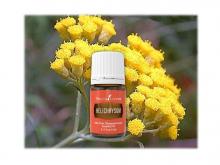 A beautiful annual flower, helichrysum is from the daisy family, named for its appearance – not unlike a burst of sunshine! Helichrysum is actually a whole species, with many varieties beneath it. Many are cultivated in the US for their ornamental beauty, but they are native to the Mediterranean region. Other helichrysum are from as far south as South Africa, and as well-established as to be part of traditional medicine in that region, as well.

In historical terms, helichrysum has been selected for centuries, sometimes indicated as a gift to the Greek gods in the form of dried flowerheads. Now, it is more aptly considered a gift to us, with age-reversing capabilities and healing factors packaged in a delightful, bright flower.

When it wasn’t being offered to the residents of Mount Olympus, helichrysum had traditional applications for a number of conditions. Respiratory ailments, skin trouble, liver and gall bladder issues, inflammation, insomnia, and infections all came with a “prescription” for helichrysum. Not all of these uses have been confirmed yet, but one by one the scientific community is discovering that the ancients were wise when it came to their choice in remedy.

Helichrysum italica and H. angustifolia are the interchangeable names for the commonly used essential oil, though we can look at the whole species when gaining an understanding of the general components it carries. Within the essential oil, flavonoids, ketones, and terpenes exhibit strong effects, and while these components are typically indicators that caution should be used, helichrysum is an incredibly safe and versatile oil in terms of application.

The effects that have been researched are convincing, and it’s no wonder that helichrysum is also called “immortelle” – the fountain of youth was an antioxidant-rich, essential-oil filled flower all along! 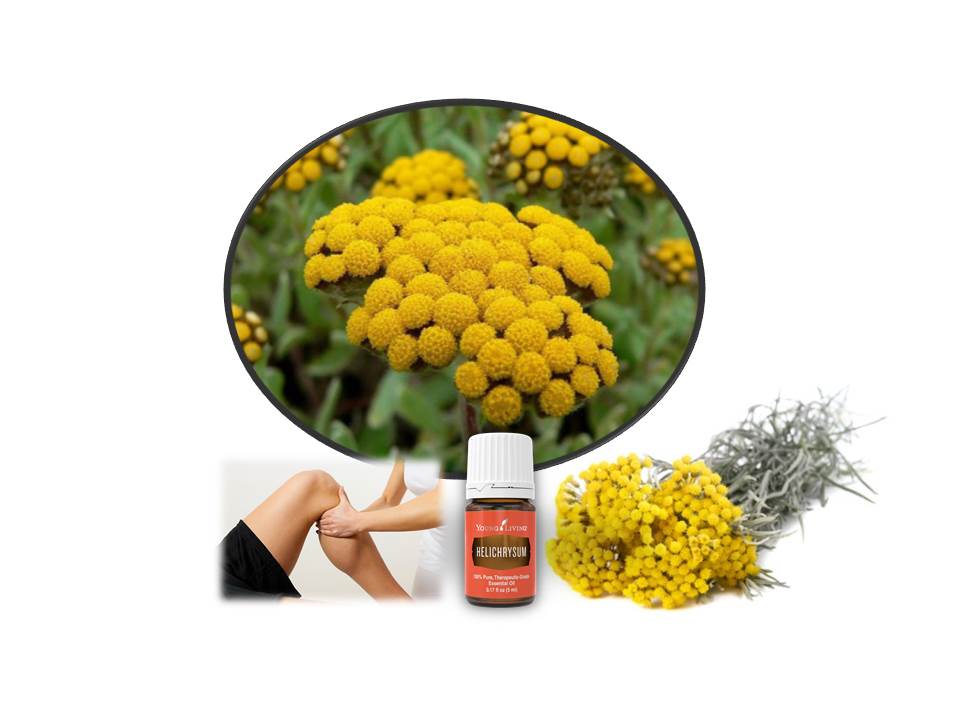 The older the herb and essential oil, the more we have to discover. From generation to generation, ancient wisdom was passed along and honed, creating a cultural understanding of medicinal properties of local plants. Many factors have changed that dynamic, simultaneously leading us to information in other regions and losing some of the wisdom we might have had in our own culture. As scientists dig into the effects and benefits of these substances of old, one by one, we are finding confirmation time and again that traditional remedies are often traceable in science.

Here are some of the traditionally-held uses of helichrysum, and the helichrysum essential oil preparation in particular, that are finding traction in modern research:

Antimicrobial substances have been used for centuries, but the rise of modern antibiotics and subsequent overuse has created drug-resistant superbugs. Now, natural products are regaining the spotlight as effective treatments. In 2009, French scientists evaluated helichrysum essential oil as a potential natural antibiotic, and they were not disappointed. They noted that helichrysm essential oil (H. italicum, to be specific), “significantly reduces the multidrug resistance” of multiple bacteria. This is a potentially lifesaving ability, potentiating antibiotic treatments when they are needed most!

In its native regions, helichrysum is known as anti-inflammatory, and antimicrobial. To begin to explore the validity of these claims, Iranian researchers tested the composition of helichrysum essential oil on both Gram negative and Gram positive bacteria, as well as fungal contaminants. The team concluded not only a moderate effect on both kinds of bacteria, but that helichrysum essential oil “had a substantial fungicidal effect on the fungi under study.”

As part of a 2013 article in the Journal for Alternative and Complementary Medicine, helichrysum essential oil was blended with peppermint and basil oils to form a potentially relaxing blend. Individuals participated in a double blind, randomized, placebo study to determine whether aromatherapy actually exhibits relaxing effects. The individuals in the study described themselves as dealing with burnout and mental exhaustion. Since taking the time to take care of ourselves is a big part of reducing fatigue and stress, both the placebo and oils reduced the fatigue somewhat. However, the essential oil blend was much greater, confirming their ability to truly affect our brain and body systems, beyond placebo or general self-care effects.

When the immune system’s normal functions go into overdrive, painful and sometimes life threatening inflammation can set in anywhere from skin conditions to arthritis to heart disease. That places anti-inflammatory substances as one of the most important remedies and health boosters we can get our hands on. Helichrysum essential oil falls into that category, displaying anti-inflammatory effects in a 2004 article in the Journal of Ethnopharmacology.

As exciting as these remedies and benefits are, helichrysum’s near legendary effects are found in its anti-aging capabilities. As I mentioned, it is sometimes known as immortelle or everlasting, demonstrating the folk knowledge that it may be a secret to aging well – or perhaps reversing the toll that age has already taken!

Anti-aging is more than another candle added to the cake – it’s a whole process, and any process can be slowed or reversed, regardless of what the calendar says. The key, almost undoubtedly, lies in the combination of anti-inflammatory and antioxidant capabilities of the plant and oil, with helichrysum being found as one of seventeen essential oils that remain highly active antioxidants even at lower concentrations.

Oxidative stress is a major component of aging, which is a primary risk factor for heart disease. The very definition of oxidative stress is cellular breakdown, with free radicals wreaking havoc on tissues – hence the loss of collagen, stiffness and aches and pains, and so on.

When the body can produce enough antioxidants and is supported via dietary and supplemental antioxidants, not only is the breakdown stopped in its tracks, but the cells themselves can actually be repaired and restored.

Helichrysum as a whole herb remedy is one such antioxidant, and the essential oil blends stress relieving ability with antioxidant capability and anti-inflammatory strength to provide just what the skin needs to begin to repair years of damage, and promote heart health!

Include helichrysum essential oil in topical blends as well as with Epsom salt for relaxing aromatic baths that address all stress, aging, and skincare all at once.

* This statement has not been evaluated by the Food and Drug Administration. This product is not intended to diagnose, treat, cure, or prevent any disease.