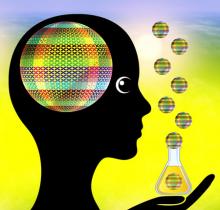 A Crash  Course in Brain Chemistry and Memory Loss

The first thing you should know is that the brain uses chemical substances called neurotransmitters, which the brain and nervous system use to process and transmit information from one area to another. When neurotransmitters are flowing smoothly, the brain can do its job, like focus, easily recall, and store long- and short-term memories.

For example, acetylcholine (ACh) is a neurotransmitter that plays an important part in mental plasticity and focus. Researchers believe that a reduction in this neurotransmitter as we age may contribute to memory loss associated with Alzheimer’s disease (AD).

How does this happen? One possible answer is acetylcholinesterase (AChE). AChE is an enzyme that increases with stress and age, and it stimulates the breakdown of acetylcholine, and can possibly accelerate the onset of AD.

Drugs and chemicals that inhibit AChE from breaking down important neurotransmitters are called acetylcholinesterase inhibitors (AChEI), but the prescription pharmaceuticals can come with a host of side effects.

Since this is such important knowledge, I want to give you some information today about four of the seven essential oils that research shows can be beneficial for the brain and memory. 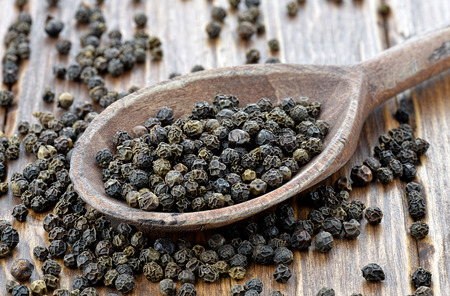 One of the first spices to travel the spice route, black pepper P. nigrum has been treasured for centuries as both a flavoring agent and health support.

What is lesser know is that studies have demonstrated that black pepper P. nigrum essential oil and extract act as AChE inhibitors. In the essential oil, this effect is caused by the constituents delta-3-carene and caryophyllene. In the extract, the alkaloid piperine (not present in the essential oil) is responsible for the AChEI action.

In addition to its known anti-inflammatory properties, these findings indicate that black pepper P. nigrum may be an effective support for symptoms of memory loss and AD.

Several studies suggest coriander has strong antioxidant properties. A 2014 in vivo animal study (using rats) also shows it may be an effective essential oil to use in the support of AD-related symptoms.

The study reported that the volatile oil significantly improved performance of the rats in a maze and a forced-swimming test. The researchers believe this suggests anxiolytic and antidepressant-like effects of coriander essential oil—which would make it an ideal choice for AD support.

Another powerful antioxidant studies into clove essential oil have shown restorative potential on the brain. 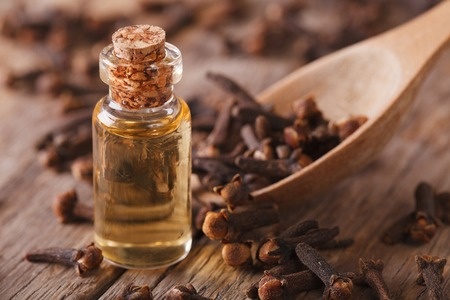 One fascinating animal study conducted in 2010 demonstrated that clove S. aromaticum oil might reverse both short- and long-term memory deficits. Researchers believe this effect can be, to some degree, caused by clove’s antioxidant abilities.

rain samples of mice from the supplemented group showed a significant decrease in malondialdehyde levels (malondialdehyde is one of the most frequently used indicators of lipid peroxidation, or the process by which free radicals trigger cell damage), suggesting reduced oxidative stress, which helps keep the brain healthy and whole.

Another study investigated the individual constituents within S. lavandulifolia, and results revealed a constituent profile of alpha-pinene (13%), which demonstrated the most significant anticholinesterase activity, followed by camphor (15%) and 1,8 cineole (27%). Interestingly, it was noted that there is a high degree of synergy in the combined action of the terpenes, which means using the whole oil is more effective than the isolated constituents.

This article is for informational purposes only. It is not intended to treat, diagnose, cure, or prevent disease. This article has not been reviewed by the FDA. Always consult with your primary care physician or naturopathic doctor before making any significant changes to your health and wellness routine.