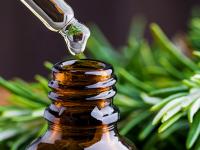 The liver plays a central role in transforming and clearing chemicals and is susceptible to the toxicity from these agents. Certain medicinal agents, when taken in overdoses and sometimes even when introduced within therapeutic ranges, may injure the organ.

In the Western world, drug‒induced liver injury is a major health care problem and accounts for the majority of acute liver failure cases. The pathophysiological mechanisms of  chemical-driven liver damage are mostly associated with the metabolic conversion of xenobiotics into reactive oxygen species (ROS), which induce oxidative stress and damage the cellular macromolecules. Oxidative stress has recently been recognized as a key factor in the pathophysiological changes observed in a wide range of liver diseases, such as subclinical hepatitis without jaundice, inflammatory necrotic hepatitis, liver cirrhosis and hepatocellular carcinoma. Better understanding the role of oxidative stress in these liver disorders may lead to the appropriate use of antioxidants as a therapeutic approach for liver diseases. Natural antioxidant products, especially phytochemicals, have gained popularity worldwide due to their efficacy and safety. They are increasingly being used to treat various pathological liver conditions and nearly half of the agents used in liver therapy today are either natural products or their derivatives.

In traditional medicine, rosemary has been used as a stimulant and mild analgesic, and it has been considered as one of the most effective herbs for treating headaches, poor circulation, inflammatory diseases, and physical and mental fatigue. Rosemary has also been used empirically as a choleretic and hepatoprotective agent in folk medicine . Most pharmacological effects of rosemary are the consequence of high antioxidant activity of its main chemical constituents, which include carnosol, carnosic acid, ursolic acid, rosmarinic acid, and caffeic acid. The potent antioxidant properties of rosemary have been mainly attributed to its major diterpenes, carnosol and carnosic acid, as well as to the essential oil components.

Recently, the essential oils and their active compounds have been of great interest due to their pharmacological properties. Essential oils are complex mixtures of volatile compounds with strong odor that are synthesized in several plant organs and exert diverse ecological functions. Due to their biological activities, the essential oils have been reported to be useful in food preservation, fragrance industry and aromatherapy. Rosemary essential oil (REO) is a colorless or pale yellow liquid, with characteristic odor of the plant, and consists mostly of monoterpenes such as 1,8-cineole, camphor and α-pinene. Due to its antioxidant and antimicrobial activity, Rosemary essential oil is capable to extend the shelf-life of food products and maintain their quality during storage. Therefore, it has already being used as a biopreservative in food industry.

In addition to acting as an antioxidant agent, the essential oil isolated from rosemary possesses various health benefits and therapeutic effects. According to the recommendation of European Medicines Agency (EMA) from 2010, Rosemary essential oil can be used for treating dyspepsia and mild spasmodic disorders of the gastrointestinal tract, as well as an adjuvant in the relief of minor muscular and articular pain and in minor peripheral circulatory disorders. Besides, the experiments conducted with Rosemary essential oil have demonstrated its several notable pharmacological effects, such as anti-inflammatory and antinociceptive, antidepressant, cognition-enhancing, DNA-protective and anticancer effects, among others.

The hepatoprotective effects of rosemary have been observed in different experimental models of liver injury. The rosemary methanol extract has been effective against carbon tetrachloride (CCl4)-induced acute liver damage, and the rosemary water extract could prevent azathioprine-induced acute liver injury in rats. The methanol extract of rosemary could also prevent hepatotoxicity in both prevention and reversion experimental models of liver cirrhosis induced by CCl4. To the best of our knowledge, the potential hepatoprotective activity of essential oil from rosemary, which contains monoterpenes as its main active compounds, has not been previously tested in vivo. The goal of the recent studies was to evaluate the protective effect of rosemary essential oil on carbon tetrachloride - induced liver injury in rats and to explore whether its mechanism of action is associated with modulation of hepatic oxidative status.