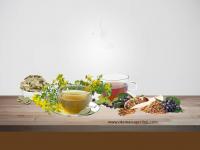 Constipation is difficult bowel movements or the absence of stools for more than two days. The causes of the disease are different. In a healthy person, isolated cases or short-term disturbances in the activity of the intestines can occur due to nervousness, as well as
during a long trip, a change in the usual environment, a change in diet, which often happens on vacation, as well as a change in life rhythm.Constipation can be a symptom of some diseases, such as tumors of the large intestine, obstruction of the small intestine, impaired intestinal motility, etc.

Buckthorn bark is an herb that has minor side effect used for centuries to treat digestive problems, especially constipation and hemorrhoids. The bark is also beneficial to the colon as it contains anthraquinone, which helps eliminate impacted fecal matter while treating spontaneous bowel movements.

Put 1 tbsp buckthorn (bark) in 250 ml. water, bring to a boil and boil on the smallest fire for half an hour. Remove from heat, cover, wrap and leave to cool. Strain, squeeze the raw material. By using boil water, bring the resulting decoction to the original volume.

Take half a glass before bed. The effect occurs 10-12 hours after ingestion.

Senna is the fruit (pod) or leaf of the plant Senna alexandrina. It is approved in the US as a laxative for short-term treatment of constipation. Senna contains many chemicals called sennosides. Sennosides irritate the lining of the bowel, which causes a laxative effect. Senna is an FDA-approved over-the-counter (OTC) laxative.

Put 2 tbsp leaves of cassia holly (senna, alexandrian leaf) in 250 ml. water, bring to a boil and simmer on low heat for half an hour. Remove from heat, cover, warm and leave to cool. Strain. By using boiled water, bring the resulting decoction to its original volume.