Seeing the Unseen of the Combination of Two Natural Resins, Frankincense and Myrrh 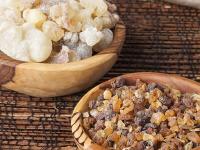 In today’s world, cancer and other chronic diseases seriously threaten human health, resulting in an increasing mortality rate year-by-year. Although modern medicine has made great progress in treating these diseases, most FDA-approved single-target drug preparations have some defects in the treatment of complex chronic diseases. Some even have serious side effects.