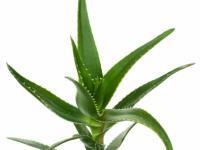 Air pollutants, toxins, cigarette smoke, cell metabolism, exposure to the sun, and other environmental factors initiate free radicals, which can cause dangerous reactions that destroy cells and damage DNA, proteins, and fats. Free radicals also interfere with collagen production and integrity, resulting in loss of elasticity and, ultimately, aging skin. Although this is a natural and unavoidable by-product of metabolism, an overabundance of free radical damage can cause premature aging and wrinkles. Fortunately, there's a nutritional way to fight the elements.
Coenzyme Q10, also called CoQ10 and ubiquinone, is a fat soluble, vitamin-like nutrient present in virtually all cells and considered the spark plug of the body, helping to produce and regulate energy as well as fighting free radicals as an antioxidant.
CoQ10 levels are highest during the first 20 years of life and decline with time, so much so that at age 80, CoQ10 levels may be lower than at birth. Yet the body's demand for CoQ10 increases with age. Furthermore, statin (cholesterol-lowering) medications can further deplete the body of CoQ10.
The recommended daily CoQ10 dose is 30 mg, in combination with alpha lipoic acid and vitamins A, C, E, and selenium. Foods highest in CoQ10 include sardines, beef, peanuts, spinach, and albacore tuna. However, it would take a pound of sardines, two pounds of beef, or two-and-a-half pounds of peanuts to provide 30 mg, and cooking foods at high temperatures degrades the enzyme. Consequently, CoQ10 supplementation is likely necessary to achieve therapeutic effects.
CoQ10 can also benefit topically, as it's a small molecule that can easily penetrate the skin. When CoQ10 is combined with vitamins C and E in creams or lotions, the synergistic effect can neutralize free radicals, thus reducing wrinkles.
Supplementing with CoQ10 is not only a good antiaging strategy for the skin, it can also enhance energy, cognition, heart health, stroke prevention, and immune support.