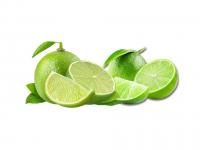 The abnormal proliferation of vascular smooth muscle cells (VSMCs) plays a major role in cardiovascular diseases like atherosclerosis. VSMCs are found in the vascular wall and responsible for the tone and contractions of arteries, which regulate blood pressure and flow in response to specific metabolic demands.

Lime (Citrus aurantifolia) is widely cultivated worldwide and is an excellent source of vitamins, particularly vitamin C. Lime EO has previously been used as a fragrance, an antimicrobial agent and for aromatherapy. Lime EO contains limonene, β-pinene, γ-terpinene, citral and linarul, among other compounds. Lime EO is a volatile complex mixture and has been used as a means to prevent, improve and treat diseases. Regarding the applications in cardiovascular disease, it has been demonstrated that daily intake of lemon (Citrus limon), a Citrus species that has a similar nutritional value to lime, lowers systolic blood pressure.

Further research, including human clinical trials, is needed to determine the dosing and administration for lime oil to help support healthy cardiovascular system function. It is likely that oral use would be best in this instance to systemically deliver the lime oil throughout